You are here: Home / Sports / Leaders collide in key weekend for IIAC football 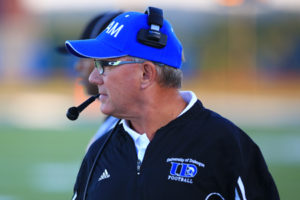 The number of unbeaten teams in the Iowa Conference race will be cut in half by the end of the weekend. Defending champion Dubuque is ranked 20th in the latest Division III coaches poll and takes a 4-0 record on the road to Central. The Dutch are also 4-0 and ranked 24th in the latest D3football.com poll.

“It isn’t the championship game but it will surely go a long way toward determining who is in the best position as the season progresses”, said Dubuque coach Stan Zweifel. “You only get so many opportunities to play the top teams and if you don’t win this game you have to rely on someone else to win it for you and that is difficult.”

Dubuque beat Central 38-16 last season as the Spartans won the league title but they have not won in Pella since posting a 20-14 victory in 1980.

Central is a rare example of a team flourishing while using two quarterbacks. Senior Riley Gray and sophomore Nate Boland have combined to throw 12 touchdown passes and just one interception. They lead an offense that averages 550 yards per game.

Coe hosts Wartburg in the other battle of league unbeatens. Coe has outscored its opponents 191-53 in racing out to a 4-0 start. 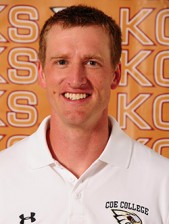 “This will be the best team that we have faced so far”, said Coe coach Tyler Staker. “Wartburg has a lot of tradition and the big thing with them is they are really well coached. This is a big game for us this week.”

One of the keys to the outcome will be a Coe ground attack that averages 261 yards per game against a Wartburg defense that gives up just under 79 yards on the ground per game.

Wartburg coach Rick Willis says it is a big early test for both teams.

“A number of teams in the Iowa Conference have gotten off to really nice starts and this is one of those times when those teams play each other”, said Willis. “There is a long way to go but this is certainly going to have some implications to how the rest of the year goes.”