You are here: Home / Agriculture / Soybean group returns from trade mission to Cuba 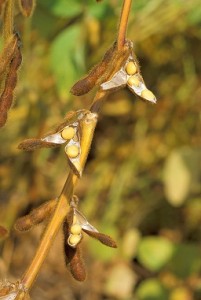 A delegation representing American soybean groups is wrapping up a week-long trade mission to Cuba.

Iowa is the nation’s top soybean producer and U.S. Soybean Export Council chairman Jim Miller says while Cuba isn’t a large market for the Hawkeye State, it could become an important one.

“It’s a market that we really feel we should have because it’s only 90 miles off of our coast and we have other countries that are primarily taking care of that market already,” Miller says. “It’s going to be a small amount of meal that we will hopefully, eventually be able to send there.” Miller says the possible opening of the Cuban market comes at a good time as American producers are facing low commodity prices.

“When we have these depressed market prices like this, anytime we can open up a new market, it is a great opportunity for us,” Miller says. “This will be the very first checkoff-funded activity in Cuba.”

Iowa has almost ten millon acres in soybeans. The industry is worth almost $5 billion to the state’s economy. Miller says it takes a lot of time to establish new markets and sites an example of how it can pay off, with patience and persistence.