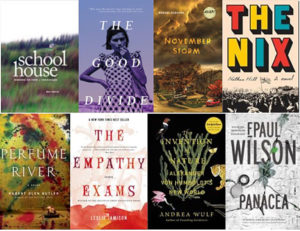 Writers and readers are opening the latest chapter of the Iowa City Book Festival today, now in its eighth year in the eastern Iowa university town.

Fest organizer John Kenyon says the goal of the event is simple: to bring in dozens of the planet’s top authors to meet face-to-face with many hundreds of book lovers and aspiring writers from across the region.

“It’s an opportunity for everybody to talk about their work, for audiences and readers to discuss that work with the authors, there in person, and really just a way to celebrate the written word,” says Kenyon, executive director of the Iowa City UNESCO City of Literature. The list of authors includes prominent names on best-seller lists as well as writers from all points in Iowa, some of whom are also gaining global attention.

“We have about 100 presenters overall,” Kenyon says. “We invited about 35 national authors from around the country, the International Writing Program has about 35 writers and then there are a number of local people here who are helping out, sitting on panels, doing demonstrations and workshops, talking about their own work.” Readers from across the region will be streaming into Iowa City for the near-weeklong event, now through Sunday.

“The festival has grown over the years,” Kenyon says. “It started as a one-day festival eight years ago and now we’re up to six days and the programming has grown exponentially and with that, the audience has continued to grow. Someday, we probably will have folks flying in from all over to check out what we have to offer.” All of the festival events are free.