A Nazi concentration camp survivor will be guest speaker at a western Iowa church tonight. Steen Metz was a boy living in Denmark when the Nazis conquered the country in 1940.

Tova Brandt, curator at the Museum of Danish America in Elk Horn, says then-eight-year-old Metz and his family were arrested in 1943 and deported to Theresienstadt in Czechoslovakia.

“Theresienstadt was a camp that was set up to be the ‘model’ camp,” Brandt says. “When the International Red Cross came to inspect, they came to Theresienstadt. In some ways, it was a work camp, it was not a death camp. The conditions were not good but at least people had a chance.” Some 15,000 children passed through the camp and Brandt says Metz is one of fewer than 1,500 who survived. 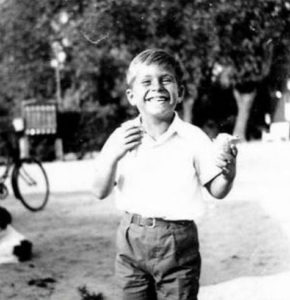 “Most of the Danish Jews in Denmark were rescued to Sweden during the war, before Nazi Germany was able to send them to camps, but that did not happen for Steen and his family,” she says. “He and his parents were arrested and they were sent to one of the concentration camps. He and his mother survived the two years there but his father did not.”

Metz’ father died of starvation and hard labor at the camp. Metz is giving a presentation to students at the Elk Horn High School this morning and at 7 tonight, he’ll speak at Elk Horn Lutheran Church.