An Iowa lawyer connected to a landmark U.S. Supreme Court case has died.

Johnston is a native of Montezuma who got his law degree from Drake University. He was just a year about of law school when he took on the Tinker case. 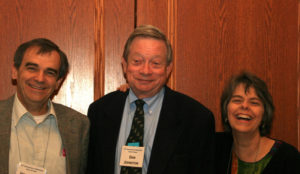 Johnson died this morning at a Des Moines hospice. He was 77 years old.

On November 12, 1968, Johnston appeared before the U.S. Supreme Court to argue the Tinker v. Des Moines Independent Community School District. The court issued its ruling in February of 1969.

“It can hardly be argued that either students or teachers shed their constitutional rights to freedom of speech or expression at the schoolhouse gate,” Justice Abe Fortas wrote in the ruling. “This has been the unmistakable holding of this Court for almost 50 years.”