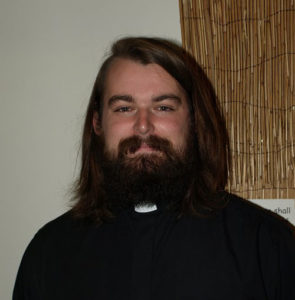 A central Iowa minister is among more than 300 members of the clergy who are gathering at the Standing Rock Sioux Reservation to protest the Dakota Access crude oil pipeline project.

Pastor Luke Fillmore, of St. John’s United Methodist Church in Des Moines, is driving the 650 miles to North Dakota for a mass prayer circle tomorrow to protest the pipeline’s construction.

“It’s not on the reservation but it’s close enough and will go under their water supply,” Pastor Fillmore says. “If it does leak and burst, then we’re having a community that won’t have water for two, three years. There was a pipeline break up in Kalamazoo, Michigan (in 2010) that they’re still cleaning up.”

He disagrees with the Iowa Utilities Board ruling that granted permission for the private company to proceed with the project, using eminent domain powers to seize private land. In Iowa, the $3.8 billion pipeline will cut across 18 counties. Overall, it will run 1,100 miles from North Dakota to Illinois. Fillmore does not anticipate he’ll be subject to arrest during the non-denominational prayer circle, but he realizes that could be a risk.

“The non-violent stance and the prayerful stance of all parties involved is what this movement is about,” Fillmore says. “We will probably march down to the front lines and spend a good amount of time there in prayer. And hopefully be a witness that this is wrong, that this is not something we should be supporting.”

His sermons in recent weeks have focused on the November 8th general election, encouraging his congregants to vote based upon Biblical teachings. Fillmore says it’s not his job to endorse a candidate but it is his job to express Biblical principles.

“You can start from Genesis and go all the way through Revelation and find that God does side with the oppressed and the minorities and the marginalized of society,” Fillmore says. “God is on the side of keeping people safe and in this instance it means making sure we keep a reservation safe.”

Organizers of the prayer circle will gather attendees today for what’s described as non-violence training and fellowship, and they say on Thursday: “We will act.”