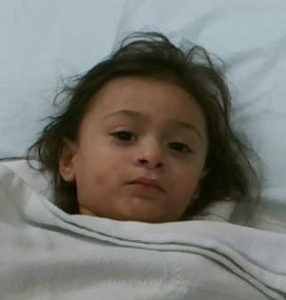 The Wright County Sheriff’s Department Tuesday afternoon responded to a report of an unattended child in the town of Galt.

Deputies found a female who they believe to be approximately two years of age with shoulder length black hair, a pony tail in the back,and brown eyes. At the time she was found, she was wearing pink pajamas and no shoes. The child was transported by Clarion Ambulance to Iowa Specialty Hospital in Clarion.

Late Tuesday afternoon, the child was placed in the custody of the Iowa Department of Human Services. Authorities later found a blue Honda minivan with a black rubber strip on the side that was in the Galt area shortly before the child was found. The van was reported to have been occupied by two persons.

Wright County Sheriff Jason Schluttenhofer said the public’s response and assistance was appreciated in identifying the girl and her family. No other details were released.