You are here: Home / Agriculture / USDA projects your 2017 supermarket bill may be lower that expected 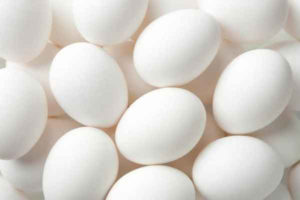 Egg prices fell far this year and may fall further in 2017.

A review from the USDA finds prices at the supermarket fell over the past several months, prompting agency ag analyst Annemarie Kuhns to recalculate her food price forecast for 2017.

Kuhns says, “We’re now expecting to pay half to one-and-a-half percent more for groceries in 2017 than we will in 2016.”

That projected increase is tentative and she says prices could actually go down next year, though food prices haven’t decreased for two years in a row in 63 years.

The USDA’s initial prediction for this year was that food prices would rise two-to-three percent from 2015, but they dropped about one-percent overall for the year.

Kuhns says there was one big factor that resulted in the reduction of food prices, something that shook Iowa’s poultry industry.

“Eggs, we’re now predicting them to decrease between 21 and 22% in 2016,” she says, “but that was after they had increased 17.8% in 2015 following the highly-pathogenic avian influenza outbreak.”

Prices on a host of products at the grocery store fell in recent months and Kuhns says the trend should continue for many of those same products in 2017.

The USDA is also projecting several items will be more expensive in the year ahead, including: milk, chicken, bread, cereal, fish and prepared foods.