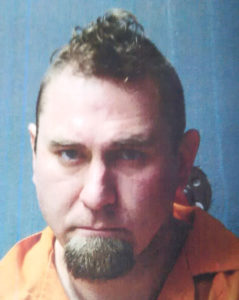 The policeman who shot a man during a traffic stop in Sioux City this week has been on the Sioux City Police Force for three years.

Officials released the name of the officer involved in the shooting Friday.

Officer Dylan Grimsley pulled a vehicle over on Wednesday night. Thirty-nine-year-old Melinda Benoit of Sioux City was driving the SUV. Daniel Riedmann of Dakota Dunes was a passenger.

Benoit was out of her SUV, placed in the back of the patrol car. Police say a computer check on Riedman revealed he was wanted for a felony and was considered armed and dangerous.

According to police, Riedmann locked the vehicle’s doors and refused to get out of the SUV. Officer Grimsley says he shot Riedmann as Riedmann began reaching for something inside the vehicle. Riedman was taken to a Sioux City hospital where he died a half hour later.

Police recovered a loaded handgun from inside the SUV. Officer Grimsley has been interviewed by the Iowa Division of Criminal Investigation and remains on administrative leave, the standard protocol for an officer-involved shooting.