You are here: Home / Crime / Courts / Iowa inmate who made brief prison break in 2015 found dead in Wisconsin cell 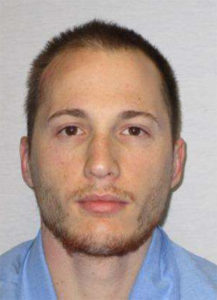 An inmate who managed to escape from the state’s maximum security prison for about 10 hours last year died in a Wisconsin prison last week.

Justin Kestner entered Iowa’s prison system about seven years ago after committing an armed robbery at a Sioux City convenience store. In July of 2015, he used 67 feet of bed sheets to escape from the medical unit at the Iowa State Penitentiary in Fort Madison. While briefing reporters at the time, Governor Branstad called the escape “ingenious” but “absolutely stupid.”

Kestner walked from the Fort Madison prison to nearby Wever, stole a car there and dumped the vehicle about 100 miles away in Geneseo, Illinois. He was spotted walking south of Geneseo and captured in a corn field.

The Iowa Department of Corrections has just revealed Kestner was found “unresponsive” in a cell at an “intake” prison in Waupun, Wisconsin, on December 21. He could not be revived. Kestner had been transferred to Wisconsin’s prison system a month before, on November 21.

The Iowa Department of Corrections issued a news release this afternoon, announcing Kestner’s death, but offering few other details beyond the list of his convictions. This fall, Iowa prison officials said Kestner assaulted a guard at the Anamosa State Penitentiary on October 19.

Kestner was transferred to Wisconsin as an interstate compact on November 21, 2016.

Kestner was serving a 35 year sentence for Theft First Degree (two counts) from Woodbury County and Habitual Offender and Operating Motor Vehicle without Owner Consent from Lee County. This sentence began on January 11, 2010.

No additional information is available at this time. The Dodge County (Wisconsin) Sheriff’s Office is investigating the death.