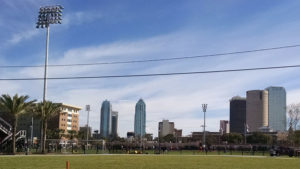 The Iowa Hawkeyes held their final full practice today in Tampa as they prepare to meet Florida in the Outback Bowl on January 2nd. Hawkeye defensive coordinator Phil Parker talked about the Gators offense after practice. He says is very well coached,

“And I think it’s going to be a big challenged for use to make sure we are in the rights spots, have our eyes in the right spots. They can get us on the edges, we’ve got to be concerned about that, and they can throw the ball deep.” 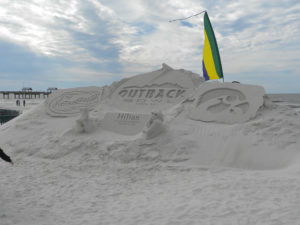 Parker is hoping to see the same type of defense the Hawkeyes played after turning things around following the loss to Penn State.

“Our guys really cametogether there I thought towards the end of the year there, the last three games and the way that they practiced,” Parker said. “They never gave up and they took the challenge to be the best that they can been and I never saw quit. I thought the preparation was good the last three weeks of the season and it obviously showed up on Saturdays.”

Injuries have thinned out Iowa’s secondary, but Parker is not worried about the players who have stepped in. He says they have been practicing all year and he believes they are all ready to go. “I’m excited to see what they can do, the way the guys prepare, they’ve done a great job all week, so I’m happy the way they are doing it,” Parker said. 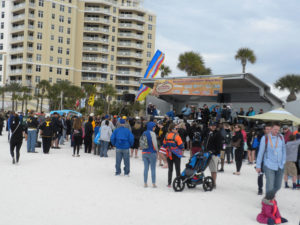 Linebacker Josie Jewel says they’ll have to continue their recent defensive revival to stop the Gators. “They have some big guys up front — they’ve got a quarterback that we’ve seen play some Big Ten ball at Purdue — they’ve got some good running backs and receivers, so they are well diversified there. They’ve got a lot of good players, so we’ve got to be ready for anything,” according to Jewel.

The Iowa players spent some time at the beach on Friday for a pep rally with fans. Locals say it was the coldest day of the week, with the temperatures in the low 60’s.  Windy conditions also made it seem colder.  But several hundred fans showed up in the Black and Gold to cheer the Hawkeyes on.