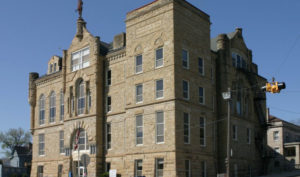 News conferences are scheduled in Johnson, Linn, Polk, and Wapello counties today to tout the minimum wage increases passed in those counties.

Linn County spokesman, Deven Mehaffey says they want to send a message to legislators prior to the opening of the 2017 session Monday.

“There has been some talk that there might be something done a the state level on the minimum wage this session,” Mehaffey explains, “and I guess there is some concern as well that they may somehow preempt the counties.” He says lawmakers need to be reminded of the support for the minimum wage.

“Just want to make sure that they know that the majority of Iowans do support the increase in the minimum wage and we hope that they let us go forward with what we’ve planned here in Linn County — which is one dollar a year for the next three years,” Mehaffey says. The increase moves Linn County’s minimum wage to eight dollars, 25 cents this year and increases it the next two years so it ends up at $10.25.

Mehaffey says they aren’t against action for a statewide minimum wage increase — but they want to know how it would impact them before giving full support.

“I think it really depends on what that would look like, again we wouldn’t want to hold back any of the individual counties,” Mehaffey says. “I think if they wanted to take some big steps to have a statewide livable wage, that’s a good thing.”

Johnson County has been phasing up their minimum wage at it recently moved to $10.10 an hour. Polk County’s minimum wage increases to $875 in April. Wappello County is using 95-cent increases that will see the wage end up at $10.10 by 2019.

The news conferences today (Saturday) are set for noon in Polk County at I Work I Play in West Des Moines, and Wapello County at the UFCW Local 230 in Ottumwa. The other two are scheduled for 2 p.m. in Johnson County at the Center for Worker Justice in Iowa City and in Linn County at the Jean Oxley Public Service Center in Cedar Rapids.