You are here: Home / Business / Polaris to end production of Victory motorcycles in Spirit Lake 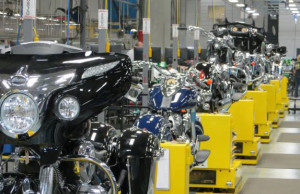 The Minnesota-based company which owns the Victory brand of motorcycles made in Spirit Lake plans to end production.

Polaris Industries announced Monday it will being to immediately ease down production of the Victory motorcycles as the brand has struggled to keep enough market share to succeed and be profitable.

A news release from Polaris CEO Scott Wine says the company has invested its heart and soul into the Victory brand in the past 18 years, but says the company looked at the amount of money it would take to meet changing consumer demand and decided to narrow the focus of the company.

The company will focus on the production of its Indian motorcycles and the Slingslot three-wheeled cycle. Wine says Polaris remains committed to maintaining its presence in the Spirit Lake with the Indian motorcycle production. Polaris hasn’t said how many workers might be impacted by the shut down of the Victory line.