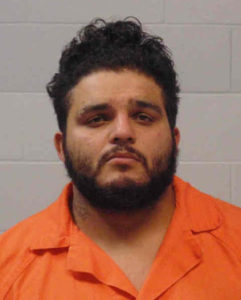 The driver of a car that crashed and left police searching for a girl in the Boyer River near Dennison faces several charges.

The Crawford County Sheriff’s office says 25-year-old Ramon Hernandez, of Denison is charged with failure to maintain control, reckless driving and driving under a suspended license. Hernandez, who is Mexican citizen, also faces 7 felony charges for the possession and distribution of drugs.

The sheriff’s department says Hernandez was driving the car with 4 passengers inside that crashed in a cornfield last Thursday and entered the Boyer River. One of the passengers, 15-year-old Yoana Acosta, is still missing.

Thirteen members of the Sioux City Urban Search and Rescue team and their amphibious vehicle were  called in today by the state to help with the river search. The Crawford County Sheriff’s office hasn’t released any other details on the crash.