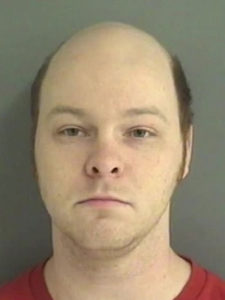 A former teacher in central Iowa is accused of having a sexual relationship with a student.

Twenty-nine-year-old Kevin Muehlenthaler of Ames worked for the North Polk School District between 2013 and 2016. The victim was 16 years old when the relationship began nearly four years ago, but Ames Police Commander Geoff Huff says she didn’t report it until four months ago.

“There are a lot of reasons that victims sometimes wait a period of time to report things,” Huff said. “Some of it could be because of trauma or embarrassment. You just never know, but in October, I think she felt the time was right to report this relationship.”

Muehlenthaler is charged with four counts of sexual exploitation by a school employee. The four counts are based on addresses where the sexual encounters occurred – including two places where Muehlenthaler lived in Ames.

“Another address was apparently a friend’s house and the other one was a hotel,” Huff said. “There are specific reasons they have laws like this in place, because school employees obviously have a position of power and authority over their students. That’s what makes any type of relationship like this incredibly inappropriate.”

According to Chariton Superintendent Paula Wright, Muehlenthaler resigned from his position September 28th.