You are here: Home / Education / Study finds SAVE fund has helped schools with facility needs 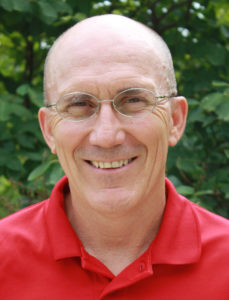 The Secure an Advanced Vision for Education — or SAVE — fund was created by the legislature in 2008 to replace another tax program that led to inequities between urban and rural districts. Iowa State University economist Dave Swenson says districts have use money from the SAVE fund for a variety of purposes, depending on their size and student population trends.

The ISU study, compiled for the Iowa Association of School Boards, covered SAVE spending from 2009 to 2015. During that time, SAVE has generated just under three-billion dollars ($3 billion) for school infrastructure construction projects. But, Swenson notes districts can also borrow, based on future SAVE revenues, and they’ve taken on a combined $2.42 billion in debt.

“That penny sales tax appears to not be sufficient to fund all of their incremental equipment and infrastructure needs,” Swenson said. One of the selling points for the SAVE fund was the promise of property tax relief.

The ISU researchers found that 30 percent of Iowa school districts used SAVE funds for direct property tax relief in 2011. However, that level dropped to just under 17 percent four years later. The SAVE fund is due to expire in 2029.