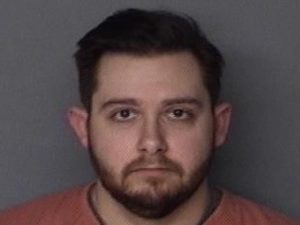 Police have filed more charges against a Des Moines man accused of trying to steal shotguns from a Wal-Mart. Cody Gebauer, 27, was arrested early Sunday morning, more than four hours after police say Gebauer took a baseball bat from the sporting goods section of a Wal-Mart in West Des Moines and used it to break the glass of a gun case. Three guns were taken, along with ammunition.

Police almost immediately found the guns outside the store, but it took them several hours to catch up with Gebauer. He was initially charged with third-degree criminal mischief, but police have now filed a second-degree theft charge against Gebauer.