You are here: Home / News / DNR looking for campground hosts 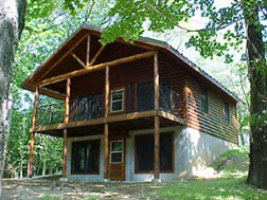 Volunteers are needed to spend up to seven months living in one of five Iowa state parks.

“All of our campground hosts go through both a State of Iowa and a federal background check,” King says. The volunteers live on site in their own camper for free, but also must do some work around the campground.

“Clean the restrooms, do a little bit of maintenance around the park, and check-in the campers,” King says. The Iowa DNR manages over 60 state parks and state recreation areas. King says most of those parks have campground hosts who’ve been there for many years.

“We have a lot of returning hosts and they typically get precedence at that park,” King says. “We have some who have hosted for over 10 years, so it’s nice that they keep coming back year after year.”