You are here: Home / News / Report gives Iowa a C minus for road quality 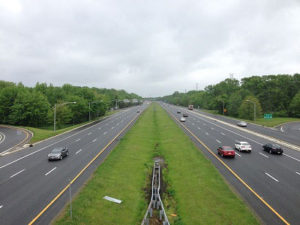 A new report finds the quality of roads, bridges and other infrastructure is deteriorating both in the state and nation, hindering opportunities to compete in the global economy.

Greg DiLoreto, with the American Society of Civil Engineers, says it’s vital to ensure Iowa’s infrastructure will be improved and restored.

To the state’s benefit, he says Iowa spent $633 million on bridges in recent years, more by percentage than many other states. DiLoreto says reversing the trajectory after decades of under investment in infrastructure requires transformative action.

“Your roads in Iowa, you have about 114,000 miles of roads with 18% in poor condition,” DiLoreto says. “That’s about the national average, which is 20%. The bad news is, your citizens are spending about $500 per motorist, per year, in costs from driving on those roads that need repair.”

Those costs to motorists cover a host of things like vehicle repairs, wasted gasoline and time spent in traffic. Iowa earned a C-minus on the Infrastructure Report Card, while the nation was given a D-plus, the same grade as on the last report card four years ago.

“We need to make a greater investment in our infrastructure and we need our elected officials to step up and do the things they need to do to put those investments to work and enact the legislation to make it happen,” Diloreto says. “We have to design facilities that are more resilient that will cost us less in the long run.” Our infrastructure challenges are significant but solvable, he says, through strategic, sustained investment, bold leadership, comprehensive planning, and careful preparation for the needs of the future.