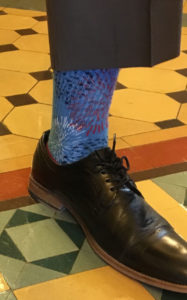 You may soon be able to buy bottle rockets, Roman candles and smoke balls at fireworks stands within the state’s borders.

The Iowa Senate has voted to make it legal for Iowans to buy and ignite consumer fireworks in celebration of a few major holidays.

“The bill before us will modernize our state law to not only permit the display of fireworks, but puts the framework in place to properly educate and regulate fireworks in the state of Iowa,” said Senator Jake Chapman of Adel.

Under current state law, sparklers, snakes and caps are legal to sell and set off, but you must have a permit to light any other kind of fireworks.

“Our current law allow possession, but restricts the display of fireworks,” Chapman said. “In fact, you can fill your basement with fireworks. We just don’t allow you to display them. Now how does that make any sense?”

Critics complain “tent cities” will spring up around the state this summer to sell fireworks during the 4th of July holiday period when sales would be permitted. Senator David Johnson, an independent from Ocheyedan, said local governments will have no way to stop the kind of “shanty towns” that sell fireworks just across the border in Missouri.

“It’s like nobody in this chamber has ever gone across a state line where fireworks are legal,” Johnson said. “…Let’s let the locals control the size of the signs with their flashing lights and all kinds of other gizmos trying to draw you in to blow your hand off.”

Others like Senator Tony Bisignano of Des Moines say there will be more injuries from fireworks if this bill becomes law.

“Every normal, intelligent group of doctors and medical experts and hospitals and so forth are against it,” Bisignano said.

A handful of senators sponsored nearly 40 amendments to try to alter the bill. Bill backers defeated all of them, including an amendment that would have allowed only American-made fireworks to be sold in the state. Senator Matt McCoy, a Democrat from Des Moines, unsuccessfully argued it was a way to “offset” the negatives associated with fireworks.

“Maybe we’ll create some jobs in the process to go along with the injuries and the fires,” McCoy said. “,,,I know you’ve all got a red hat in your truck, so get your red hat out and let’s make America great.”

McCoy, of course, was referring to Donald Trump’s campaign hats that featured his “Make America Great Again” slogan. Nearly all of the fireworks sold in the U.S. today are made in China.

The state legislature made it illegal to sell or set off most fireworks in Iowa back in 1936. The move came after two significant fires. In 1931, downtown Spencer was destroyed after a sparkler ignited a table full of other fireworks and the blaze spread. Five years later, fireworks were blamed for a major fire in Remsen. Chapman said polls show a majority of Iowans want to see fireworks legalized in Iowa.

“The bill will allow Iowans to celebrate the 4th of July in the same manner Americans all across our nation are permitted to celebrate,” Chapman said. “It’s time we joined the other 42 states and the District of Columbia in allowing Iowans to join in the celebration.”

The bill sets up licensing for retailers that plan to sell fireworks. The licensing fees will be used to finance fireworks safety programs. It also gives cities and counties the authority to pass local ordinances banning people from igniting fireworks. If the bill becomes law, it would be legal to buy and set off fireworks in a six week period around the 4th of July and from December 10th through January 3rd. During that winter time frame, fireworks sales would only be allowed in permanent structures.

The current fine for those charged with illegally celebrating with a pop of fireworks is $250.