You are here: Home / Sports / Cyclones’ Park settles in at quarterback 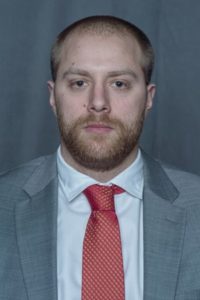 With Joel Lanning’s move to linebacker at Iowa State Jacob Park is the established starter at quarterback. The Charleston, South Carolina native took over as the primary quarterback the final five games of last season and ISU offensive coordinator Tom Manning says his confidence is growing.

“He is now finally getting a chance to get a lot of reps”, said Manning”. “Especially at quarterback that is something that needs to happen.”

Park tossed 12 touchdown passes and just five interceptions in 2016 and his completion rate of nearly 59 percent ranked in the top ten all time.

“You are seeing the accuracy improve the more he understands defenses”, added Manning. “I have been really impressed with the growth and development of his study habits.”