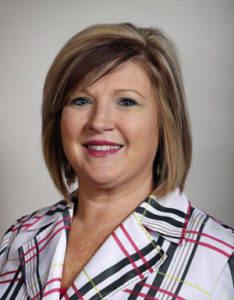 The Republican-led Iowa House has approved a bill that would set up new protocols for women seeking abortions in Iowa, including a three-day waiting period. In addition, the bill bans abortions after the 20th week pregnancy.

“Iowans love life,” Representative Shannon Lundgren, a Republican from Peosta, said to open the debate, which stretched over two days. “We are thoughtful human beings. We live in a state that will protect its most vulnerable citizens because that’s what we do.”

Representative Mary Mascher, a Democrat from Iowa City, argued most Iowans support exceptions for abortions in cases of rape, incest and fetal deformity that are not included in the bill.

“We don’t live in a perfect world,” Mascher said. “Our goal has always been to make abortions as rare and safe as possible.”

If this bill becomes law, Iowa would become the 18th state to ban abortions after the 20th week of pregnancy.

The bill also would require a woman seeking an abortion to have an ultrasound, be given a chance to view the image and given information about adoption, then she’d have to wait three days before the abortion would be performed. Representative Marti Anderson, a Democrat from Des Moines, said the bill “goes beyond the appropriate role of the legislature.”

“It imposes requirements that are clearly designed…to dissuade the woman from continuing with her decision to have an abortion” she said.

“While this bill does not go far enough to protect the unborn, it seems like the best we can do at this point,” Watts said.

The debate on this package of abortion-related measures stretched over two days. Many legislators read news accounts or letters from constituents. Representative Abby Finkenauer, a Democrat from Dubuque, read a letter from a couple who decided to terminate a pregnancy after discovering profound defects in an ultrasound.

“I don’t know if I would make the same choice, but I do feel I have the right to make that choice….I respect your opinions. I respect your beliefs. Respect me.”

Others spoke of personal experiences. Representative Jim Carlin, a Republican attorney from Sioux City, talked about supporting a woman with an unwanted pregnancy who wound up giving the child up for adoption.

“If history has taught us anything, it has taught us this: once we go down the road of deciding who is and who’s not a human being, we always lose our way,” Carlin said.

All the Democrats in the Iowa House and one Republican — Representative David Maxwell of Gibson — opposed the bill. All the other Republicans present in the House voted for it.

The Iowa Senate voted for the 20-week abortion ban in mid-March, but the House added the three-day waiting period for any abortion and other requirements, so the bill must return to the Republican-led Senate for review.

Read more about yesterday’s House debate on this bill here.