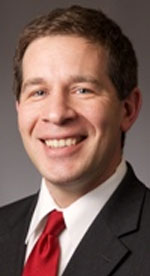 Iowa State University has agreed to a settlement in a lawsuit filed in October of last year over its policies regarding student speech.

The Alliance Defending Freedom (ADF) and attorney Casey Mattox filed the lawsuit on behalf of student Robert Dunn.  “Iowa State had a series of speech code policies, that one of which in fact told students that First Amendment protected speech activities may constitute harassment, depending on the circumstances,” Mattox says.

Dunn, an accounting major from Ames, who leads the conservative student group Young Americans for Freedom was told he had to certify that he would comply with the university’s policies. Mattox says Dunn found out if he failed to provide the certification, his graduation would be placed on hold.

Iowa State denied Dunn’s allegations, saying the policies at issue were then under review and were subsequently revised in December 2016. The settlement says both parties agreed to the settlement to avoid the expense of further litigation and to resolve any and all claims in the case.

Iowa State University agreed to pay $12,000 for Dunn’s legal fees. Mattox says they are pleased with the outcome. “This settlement will correct those policies and also ensures that our client is able to graduate and will have no impediment to his graduation as a result of those policies,” according to Mattox.

Mattox says this is a major victor for students and free speech. “You know when you tell students that First Amendment-protected speech activities can still constitute harassment — when the administration just decides without any real notice or any opportunity to avoid that — that really chills student speech,” Mattox says. “It puts people on edge knowing that whatever I say can be held against me.”