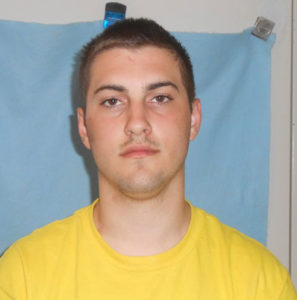 A teenager is accused of setting one of the famed Madison County covered bridges on fire this weekend.

Seventeen-year-old Alexander Hoff of West Des Moines is charged with first-degree arson. Barnes refused to discuss motive or what led them to Hoff.

“It was a target. That’s all I can say. There was a reason for it…but that’s all I’m going to say about why he did it,” Barnes said.

Police and firefighters were sent to the Cedar Bridge near Winterset around 6 a.m. Saturday. The same bridge was destroyed in an arson fire back in 2002 and was rebuilt. No arrest was made in that previous fire. Barnes would not say how Hoff allegedly started the fire this weekend, but he apparently left behind plenty of evidence.

“The bridge wasn’t a total loss. It didn’t collapse into the river like the last bridge did That proved huge in the investigation. It really did. That gave us the evidence that we didn’t have the first time, that we had the second time,” Barnes said. Hoff is a senior at an alternative high school in the West Des Moines School District.

It’s possible more people could be arrested in the case. “There is an ongoing investigation and additional charges against additional people (could be filed) depending on the investigation’s findings,” Barnes said. The Madison County Historic Preservation Commission estimates that rebuilding the Cedar Bridge will cost $576,000.

It was one of the bridges featured in the famous book and movie “The Bridges of Madison County.”

Barnes says many Madison County residents are having a hard time understanding why anyone would torch one of the covered bridges. He says many are still in the shock phase.