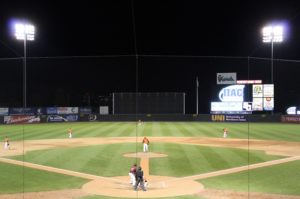 The NCAA announced Tuesday that Cedar Rapids will be the new home for the national championship event, starting in 2019 and continuing through 2022. The Iowa Conference will host the baseball tournament at Perfect Game Field at Veterans Stadium. The league has held its post-season tournament there since 2004.