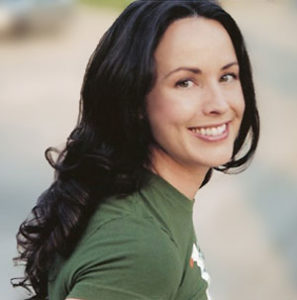 The Julien Dubuque International Film Festival opens today and is drawing actors, writers, directors and movie lovers from across the globe.

Los Angeles-based filmmaker Angela Shelton will be appearing at the four-day festival to host screenings of her new feature film, “Heart, Baby!” It’s based on the true story of a champion boxer in a Tennessee prison who is invited to box on the U.S. Olympic team.

“The movie is really why he turned down the Olympics and it’s really about the brotherhood,” Shelton says. “He and his best friend were in prison together and they grew up in reform schools together. The movie really, truly is what would you do for your best friend?” Shelton also visited Iowa about a decade ago to show her documentary, “Searching For Angela Shelton.” 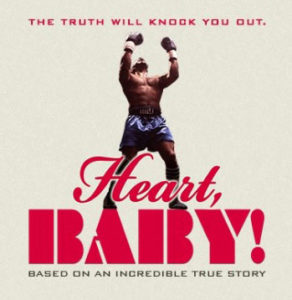 In that film, she interviewed dozens of other women with her same name and found many of them had something in common: they’d been victims of sexual abuse but had also overcome obstacles and found success in life. Shelton says that’s something of a theme in all of her movies.

“One-hundred percent,” Shelton says. “I’ve been told by my editor that every director makes the same movie over and over on some level and mine is definitely one of resilience and trust in God’s plan, really a higher message like how to live happily ever after, no matter what you’ve been through.” When she first heard the boxer’s story, Shelton says she decided it was a movie she “had” to make, pursuing the virtues of love, commitment and sacrifice.

“‘Heart, Baby!’ follows right along that line,” Shelton says. “Here’s all these convicts that you assume you’re going to hate and you end up, like, ‘I actually love all of these men and I want them to live happily ever after,’ and guess what? They do! It has a happy ending but you’re definitely going to cry, I’m going to warn you on that one.” Shelton is planning for a theatrical release of the film in late October or early November.

The film festival in Dubuque runs through Sunday and will host screenings of “Heart, Baby!” and some 60 other features, documentaries, shorts and international entries.