You are here: Home / Human Interest / Iowa girl is at center of documentary on unplanned pregnancies 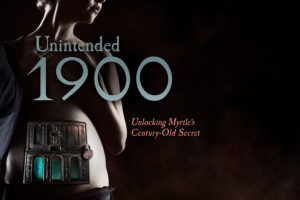 Filming starts this weekend in Iowa on a documentary that tackles the topic of how society viewed unplanned pregnancies a century ago.

“The main story I’m anchoring the documentary with is the story of a girl in 1913 in Hopkinton, Iowa,” Bradford Krantz says. “I’d heard her story probably three years ago when I was filming ‘West By Orphan Train’ and it stayed on my mind and I finally decided I’d better do some research and see if there was a film there.”

The director says she’ll be using a large cast of Iowa actors and they’ll shoot both in northeast and north-central Iowa. Bradford Krantz says, “We’ll be filming this coming weekend in Hopkinton and also in Webster City and a couple of other locations where we could find the right settings to recreate that time period.”

“This girl from eastern Iowa had died after her parents arranged an abortion, which would have been illegal at the time,” Bradford Krantz says. “The surgery ended up causing her death. The doctor was charged with murder and I was trying to recreate some scenes from the criminal trial.”

She hopes to finish filming by the end of this summer and may have the documentary ready for the screen by year’s end. Bradford Krantz also wrote and co-produced the documentary “Train to Nowhere” about the deaths of 11 undocumented immigrants in Denison in October of 2002.