You are here: Home / Agriculture / Cold caused some issues for corn that was planted early 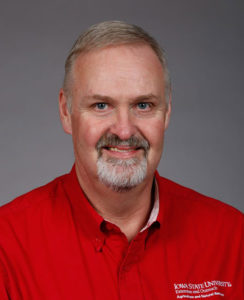 Despite Wednesday’s heavy rain in parts of the state, Iowa State University Extension crop specialist Joel DeJong says Iowa’s farmers have been making good progress since the weekend U.S.D.A. report that showed about half the state’s corn crop was in the ground.

“We’ve had magnificent days since Sunday,” DeJong says. “There’s been estimates that we’re planting well over a million acres a day in Iowa, probably closer to a million-and-a-half if you do the math, maybe even close to two-million acres a day. We’re making tremendous progress.”

The forecast calls for warmer temperatures for most of the state through the weekend, into the 70s and 80s, with no more chances for rain until Tuesday. With the warm-up, DeJong says corn that was planted a month ago is beginning to appear.

“For those producers who planted in very early April, the 11th and 12th of April, we had a few people that planted then, that corn should be up by now,” DeJong says. “We saw some emergence for those hybrids last week, but we hadn’t accumulated a lot of growing days until we got into late last week.”

Corn planted around the 23rd and 24th of April should be emerging very soon. In recent weeks, Iowa has seen early spring snowstorms, wet conditions and very cold temperatures, which has been difficult for the emerging corn plants.

“They struggled. You can see tissue damage from those 22-degree temperatures and the really cold nights we had in the mix,” DeJong says. “You can see tissue damage on the chute but it looks like most of them did get above ground and they’re leafing out okay. I’ve heard a couple of reports from a county that says the cold really did mess up the germination and we’ve had some real problems.”

DeJong says it’s likely a majority of the state’s corn farmers will not have to replant their seed.