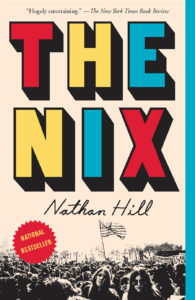 Hill’s debut book, “The Nix,” is a best-seller and is considered one of the best novels of 2016. He’s back in his home state today and says he’s flattered and humbled by the comparisons to great, established writers, but would rather steer clear.

“I understand there’s a kind of marketing necessity about it because nobody’s ever read me before, but of course, those are enormous names,” Hill says. “I’ve been a fan John Irving’s for a very long time. In fact, I met him last year in Oslo, Norway of all places and mostly we talked about Iowa for about an hour, which was really fun.”

Hill says it took him nearly a decade to write the novel and instead of using a computer, he wrote it out long-hand. He quotes another acclaimed author, E. L. Doctorow, who expounded about the virtues of patience, pen and paper when creating a story.

“Writing a novel this way is sort of like driving across the country only at night. You can only see as far as your headlights, but you can make the whole trip that way,” Hill says. “That’s sort of what writing this novel felt like, like I could only see a little bit out in front of me but eventually, I made the whole trip.” 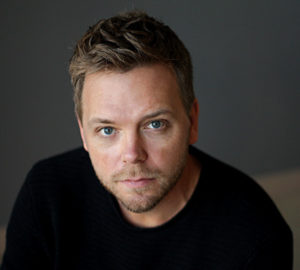 His first novel, “The Nix,” is a political satire that follows the story of a young man who’s reunited with his mother after her 20-year absence. The book covers a range of topics, from the radicalism of the 1960s to video game addiction. The fictional video game that’s a key element in the tome is based on the popular “World of Warcraft,” a massive multi-player online role-playing game that used to be Hill’s obsession — and his savior.

“I started playing that game at a sort of dark time in my life and it really, weirdly, helped me through,” Hill says. “I’d just moved to New York and things weren’t really going well for my writing career. I was making almost zero money and trying to make it in New York. Things weren’t going well but at least I could play this game and be really good at it.”

The 40-year-old Hill grew up in several Iowa cities, including Cedar Rapids, Clinton and Des Moines, and now resides in Florida. He’s a 1999 University of Iowa graduate. Hill is appearing at 7 tonight at the Central Library in Des Moines.