You are here: Home / Health / Medicine / New health building in Linn County named for doctor and his wife 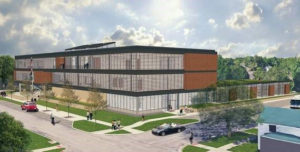 Two icons of Cedar Rapids will have their names attached a new building in the city.

Doctor Harris was the first black doctor in the Cedar Rapids area. He died earlier this year at the age of 89. He and his wife, Lileah, were involved in several community and charitable efforts.

They moved to Cedar Rapids in 1957, were married 63 years and raised 12 children. The 55,000 square foot building being named for the couple will include a playground, a gymnasium, and a community meeting room. Dr. Harris served as the Linn County Medical Examiner for nearly 40 years. He also spent time as president of the Cedar Rapids chapter of the NAACP and was the first black member of the Iowa Board of Regents.