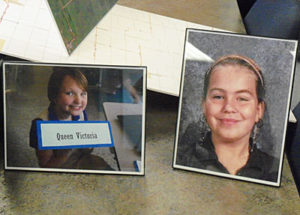 Photos of Elizabeth Collins and Lyric Cook-Morrisey displayed at an Evansdale Police event.

Today marks the fifth anniversary of the abduction and killing of two young cousins from Evansdale.

The day is being marked by events raising awareness about the unsolved case and teaching lessons about child safety.

Their disappearance during a bike ride sparked a massive search that ended when their bodies were discovered on December 5th, 2012, in Bremer County.

On July 15th, a memorial motorcycle ride from Lofty’s Lounge in Evansdale will be held to remember the girls. The group hosting the ride includes Drew Collins, who is Elizabeth’s father and Lyric’s uncle.

The goal is to keep the girls’ memory alive and to remind people about the case in which there have been no arrests.