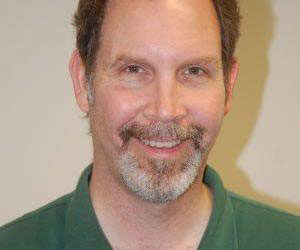 A third candidate who has run for congress before has announced he’ll seek the Democratic nomination in Iowa’s fourth district.

Fifty-three-year-old Paul Dahl of Webster City is a former United Methodist minister and librarian who’s working now as a bus driver. Dahl says the current political system is unfairly being “ruled by the rich.”

Dahl says the “top one percent” in the country “take more than their share of the wealth.”

“The sad fact that more millionaires are in congress than ever before shows us that the system is skewed and in need of recalibration,” says Dahl, who supports dramatic reform of the campaign finance system.

Dahl also declared himself a candidate for governor in 2013, but withdrew before the 2014 primary. If he remains in the congressional race through June of 2018, Dahl would likely face two other Democrats seeking the chance to challenge Republican Congressman Steve King.

“I abhor politicians that want publicity, no matter if positive or negative in nature, to bring attention to themselves,” Dahl says. “It is high time that the Iowans of the fourth district retire Mr. King from office and replace him with a representative that serves Democrats, independents and Republicans in equal measure.”

In 1994, Dahl ran for congress in Iowa’s old fifth district when then Congressman Fred Grandy did not seek reelection, but Dahl lost in that Democratic Primary to Sheila McGuire.