You are here: Home / News / August had only 5 days averaging above normal temperatures 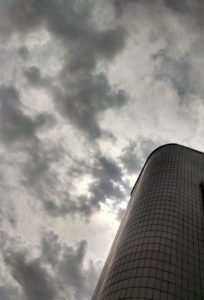 The Labor Day weekend forecast calls for warm weather and sunny skies for much of Iowa — and it follows a month where the state was generally cooler and drier than usual.

State climatologist Harry Hillaker says August wrapped up being unseasonably mild statewide. “Primarily, it was about 3.4 degrees cooler than normal,” Hillaker says. “We only had five days out of 31 that averaged above-normal on temperatures and none of those did it by very much.”

It was the 16th coolest August in Iowa in 145 years of record-keeping as well as the coolest August since 2004. As for rainfall, August was the third straight month of below-normal precipitation, but Hillaker says there was an unusual twist.

“Both June and July we had drier-than-normal conditions over the southwest two-thirds of the state and then in August, it was exactly the opposite,” Hillaker says. “The driest part of the state was northeast and east-central Iowa, which had been the wettest previously, and the wetter part of the state was all the rest of Iowa, especially the far west, roughly the western third.”

The state averaged 3.8 inches of rainfall during the month, about four-tenths of an inch below normal. Rainfall was widely varied. While the eastern Iowa town of Muscatine recorded only half-an-inch of rain during the month, the northwestern town of Milford reported almost 11 inches. As for the month ahead, Hillaker says a long-range forecast was just issued by the National Weather Service.