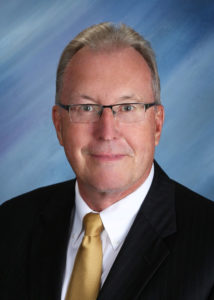 A western Iowa businessman and farmer will be joining a federal agency that regulates financial institutions that provide credit to farmers, ranchers, and rural utility cooperatives.

The nomination of Glen R. Smith of Atlantic to become a member of the Farm Credit Administration was announced late last week by the White House.

“It’s very much an honor for us to represent western Iowa, Atlantic, and represent all Iowans, for that matter, in this capacity,” Smith said. The nomination has been sent to the U.S. Senate for confirmation. Smith will likely appear before the Senate Ag Committee this fall for a hearing, prior to any action on approval.

Smith was interviewed for the position with the Farm Credit Administration at the White House at the end of April. He’s a 1979 graduate of Iowa State University. Smith and his wife, Fauzan, own and operate a corn and soybean farm. They also own a land acquisition/exchange company based in Atlantic.

Members of the advisory board to the Farm Credit Administration serve a six-year term, but Smith would be filling the term of a board member who died in March. Therefore, his term would expire 2022.
(Thanks to Ric Hanson, KJAN, Atlantic/Photo Fischer Photography in Atlantic)