You are here: Home / Crime / Courts / Former professional scammer now teaches how to avoid being a victim

The man who was the subject of the best-selling book and movie “Catch Me If You Can,” was in Iowa Tuesday teaching people how to spot and avoid scams.

Frank Abagnale was a scammer who was caught and then became an adviser to the FBI and others on how to avoid scams. He visited Iowa on behalf of AARP and it’s program to educate members.

They started to search around to see where you could get information to help consumers deal with all these scams that were going on — and there were no services anywhere with government or outside of government — so they started what was called Fraud Watch Network,” Abagnale says. “And they contacted me to see if I would be their ambassador to set up the program, talk about the things and go out and speak to people.” Abagnale says he focuses on educating people. 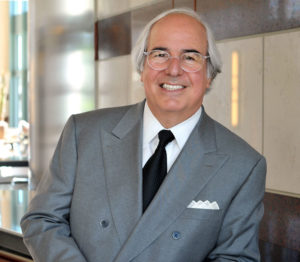 He says he’s a big believer that education is the most powerful tool to fight crime. “So if you can explain to someone the most common scams going on, then when they get that phone call, that e-mail, they’ll know not to do what they are asking them to do because they already understood how it worked.” Abagnale says his approach is simple.

“The simple solution to all of these scams is a simple two words: stop, verify,” Abagnale says. He says there is pressure by the scammers to act quickly and that’s why he says it’s important to stop and verify.

“No matter who the caller is, everything is based on you have to do this immediately, has to be done now, right away. The urgency of the call right away is a red flag,” Abagnale says. “So even if it is the IRS…you hang up the phone, you look up the IRS in the phone book and you call and ask if they made that call. Simply, if you live by those two words — you won’t get conned.” While he talks with AARP members, Abagnale says the advice works for people of any age.

“If they’re asking you to part with some money or some information, and they’re asking you to do it immediately, then you need to check. So if it says it’s your bank’s credit card company, then you hang up and you take your wallet out and you get your credit card out and there’s an 800-number on the back and you call customer service and you ask them if they made that call. And of course they didn’t,” he says. “So that’s all I ask people to do no matter who they are — young, old or otherwise — is to stop and verify. There’s nothing wrong with being a little skeptical.”

Abagnale between the ages of 16 and 21 successfully posed as an airline pilot, an attorney, a doctor and cashed millions in fraudulent checks before turning it around to help catch those committing fraud. Abagnale says his notoriety from the book and movie probably helps him get his message across a little better. He spoke at an event in Johnston last night.