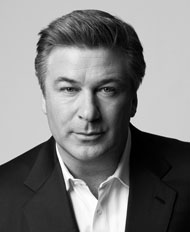 An actor who won an Emmy for portraying Donald Trump on “Saturday Night Live” will be the keynote speaker at the Iowa Democratic Party’s fall fundraising banquet.

Alec Baldwin was last month’s winner of the Emmy for best supporting actor in a comedy series. He’s a long-time supporter of Democrats. Troy Price, the chairman of the Iowa Democratic Party, said Baldwin has vowed to help Democrats win across the country in 2018.

“He has commited to helping us rebuild the party here in Iowa and rebuilding the party across the country and so we’re really excited to have him here,” Price told Radio Iowa this afternoon.

The party’s annual fundraiser was renamed “The Fall Gala” a year ago. This year’s edition will be held on Monday evening, November 27. Price said his phone blew up once the news was out that Baldwin was the headliner.

“I’ve gotten a few phone calls and some texts,” Price said, laughing. “The response has been great. People are really excited about this.”

As for how Baldwin got booked, the Iowa Democratic Party’s chairman said he knows “some folks who’ve been working with” Baldwin.

“They reached out to me about even if this would be a possibility and we said: ‘Yes.’ We extended an invitiation and we’ve been going back and forth over the last several weeks,” Price said. “It worked out for him to come out on the 27th of November, so we were able to lock him in.”

The party’s annual fundraiser traditionally features hot meals on china plates, served by waiters to ticketholders. The audience sits in a darkened banquet hall as the speech-makers stand on a brightly lit stage. Price and his staff are “still figuring out” what the night will look like.

“Regardless of what’s served or how the event is structured, people are going to have a great time, I can promise them that,” Price told Radio Iowa.

But do not expect a recreation of a Saturday Night Live skit. Alec Baldwin will appear “as himself,” Price said, with a message about the state of politics in America. Baldwin will arrive on Iowa’s political stage a few weeks after the release of a book he’s co-authored. The satirical book about Trump’s presidency is titled “You Can’t Spell America Without Me.”

The Iowa Democratic Party’s fall fundraiser — formerly known as the Jefferson-Jackson Day Dinner — has served as an organizing test for presidential candidates in the years when it’s held just weeks before Iowa’s Caucuses. Previous speakers include Vice Presidents Al Gore and Joe Biden as well as former President Bill Clinton.