You are here: Home / Health / Medicine / Medicare users encouraged to shop around in new enrollment period 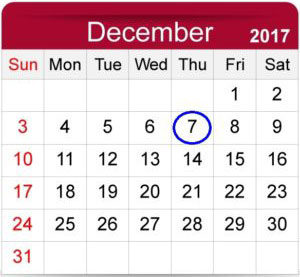 December 7th is the deadline for Medicare open enrollment.

We’re now two weeks into the open enrollment period for the half-million Iowans who depend on Medicare, the federal insurance program for people 65 and older.

Medicare recipients have until early next month to decide what coverage they want for next year. Julie Brookhart, spokeswoman for the Centers for Medicare and Medicaid Services, says log on and look around, even if you like your current plan.

“It is wise to compare. That’s our motto,” Brookhart says. Medicare recipients don’t have to change their plans, but she says they should look at what others are offering, in case there’s a better deal. The state offers a free, confidential service that aims to help Iowans make informed decisions about Medicare and other health coverage. It’s called SHIIP, the Senior Health Insurance Information Program. Helpers can be reached toll-free at 800-351-4664.

“Every year, prescription drug plans and Medicare Advantage plans might change cost of the drugs of their plan and may change other things, like the formularies of the drugs they cover,” Brookhart says. “We know, every year, too, that people on Medicare will drop drugs that they took the last year or add drugs, so everything changes.”