You are here: Home / News / Loebsack: tax dollars should not be used to settle harassment cases 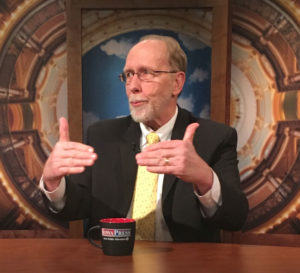 Iowa Congressman Dave Loebsack today said tax dollars should not be used to pay legal settlements to those who make sexual harassment allegations against members of congress and their staff.

It was revealed this week that congress has paid out $17 million in secret settlements over the past two decades to resolve workplace complaints, including harassment claims.

“It is not an appropriate use of taxpayer money,” Loebsack said. “In fact, I’m going to be doing what I can to change the rules on that because taxpayers should not be on the hook for misdeads that members of congress or their staff commit.”

Since 1997, Congress has used tax dollars to secretly settle nearly 270 cases of alleged workplace misconduct. Loebsack, who is a Democrat from Iowa City, said the names of those who commit “egregious acts” should be revealed.

“I think we have to have some significant changes here and we should make that person pay for whatever costs there may be associated with this particular action,” Loebsack said.

Yesterday, a woman publicly accused Minnesota Senator Al Franken of kissing and groping her without her consent. Loebsack said Franken “has admitted his wrongdoing” in the incident, which happened before Franken was elected to the Senate.

“I don’t know that we have a particular statute of limitations or a particular time frame, but clearly if somebody commits some kind of an egregious act like that, I think the American people need to know about and I think those people should be held accountable and I should say, you know, obviously these kinds of acts of harassment or sexual aggression or whatever the case may be, these things know no political bounds, obviously, either,” Loebsack said. “Both parties have members who are guilty of these kind of offenses.”

Some Democrats are reexamining their party’s treatment of women who made allegations of misconduct against former President Bill Clinton. Yesterday, New York Senator Kirsten Gillibrand told The New York Times Clinton should have resigned after his relationship with a White House intern was revealed. Loebsack told reporters today that he hasn’t had enough time to think about that.

“Resignation is a big deal and you know I haven’t called for Donald Trump to resign because of the actions that he has committed and some of the things he has said publicly,” Loebsack said, “but I think they need to be held accountable and I think we need to have a conversation — a very, very important national conversation — about this issue.”

Loebsack made his comments during taping of the “Iowa Press” program that airs tonight at 7:30 on Iowa Public Television.