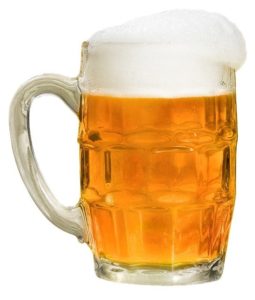 Iowa has at least 75 beer brewers statewide and many of them will have representatives at the upcoming convention being planned for Omaha-Council Bluffs.

The Hop Growers and Brewers Conference and Trade Show is scheduled for January. Katie Kreuser, the hop program coordinator for the University of Nebraska Extension, says the event is an ideal place for growers and brewers to get together and network.

Kreuser says, “With this increasing growth with the craft beer industry, comes this interest in growing hops and with our conducive environment, it just makes for a perfect mix.” She says the conference will offer workshops and speakers providing important information for producers who are interested in growing hops to support the expanding number of breweries.

“The agronomics of growing hops, pest and diseases, nutritional management, trellis design and installation, harvest timing, crop and brewery insurance,” Kreuser says. There will be discussions about organic hop production in addition to displays of the latest in brewery equipment.

The trade show covers everything growers and brewers need to launch operations, in addition to helping home or micro-brew owners.

“This is geared towards any vendors that have products or information that’s going to help this audience,” she says. “This is anything from chemical companies to brewing equipment to actual plant sourcing.”

The conference will be held at the Embassy Suites in downtown Omaha on January 18th and 19th. Early bird registration ends December 1st. Learn more at growbrewnebraska.com.

The craft beer industry in Iowa supports more than 1,500 jobs and has an economic impact exceeding $100-million. Beer production in Iowa is expected to top 146,000 barrels by 2019, that’s triple the rate from 2014.