You are here: Home / News / Congressman Young says health care a priority for 2018 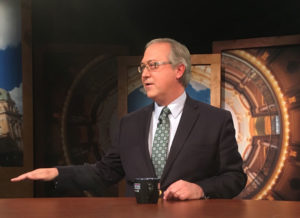 Iowa Third District Congressman David Young says the bipartisan efforts to make health care more affordable and available to everyone didn’t gain much traction, but he hopes Congress will do more in the coming year to compromise on a plan.

Young, a Republican, says he heard from some people who benefited from the Obamacare plan, but also heard from those on the other side who said their premiums were so high that they couldn’t afford to go to the doctor.

“And you want to make sure that we have a health care system that works for everybody, and that it is affordable and that people have access to quality care,” Young says. “So, we need to revisit that in the New Year and I’ll be a part of that.” Young says a he’s been pushing congressional leadership to come up with a long-term solution to funding for the federal Children’s Health Insurance Program (CHIP). Iowa has funding available for the program until about April. He says five-years’ funding would be a good start.

Young says while some states still have funds to keep going into 2018, we need predictability and sustainability. “It’s a bipartisan issue. It’s a matter of priorities, and I think our priorities first and foremost should be our kids.” Young talked about a variety of issues during a stop in Atlantic — including the DACA (Dah’kuh) program, which allowed young people brought here illegally by their parents to stay. Young says President Donald Trump did the right thing when he handed the issue back to Congress for a solution. He said it should be a legislative matter and not something for the executive branch to decide.

“I’m glad that the president recognized that because in the last administration with the courts I think there has been some overreaching with President Obama — although well-intended — I think he had some overreach. So, Congress needs to do this,” according to Young.

“The president gave us until about March and I think it is one of the issues that we are going to be taking up in the new year along with important things such as the Farm Bill, infrastructure and looking at health care again,” Young says. The president has proposed getting rid of NAFTA, but Young thinks that would be “disastrous,” especially to Iowa’s ag econony and its farmers.He said we need more markets. Citing the abundance of grain being produced, Young said “We can’t just all consume it ourselves.”