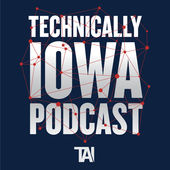 The Technology Association of Iowa is launching a first-in-Iowa podcast highlighting women leaders in the high-tech industry.

“Technically Iowa” is a series of interviews hosted by a woman who is already at the forefront of using technology to start a business.

Beth Trejo is CEO and founder of the Sioux City-based social media agency Chatterkick. She says the show’s goal is to develop a network of women techies.

Trejo says, “To connect female thought leaders, entrepreneurs, people in technology across the state, and just tell their story, let other people be inspired, be compelled.”

She says connecting to a community of people who are doing similar work is critical when starting a technology-related business.

“I’m just always fascinated by what people are doing in the state of Iowa, specifically in technology,” Trejo says. “I love visiting with people and hearing their stories and getting their advice.”

Trejo says the podcasts can be downloaded from iTunes by searching for “Technically Iowa.”

Two shows have been produced. A total of six will be posted by the end of January. Trejo says she hopes the conversations don’t end there.