You are here: Home / Agriculture / Vilsack: many challenges for dairy industry in 2018 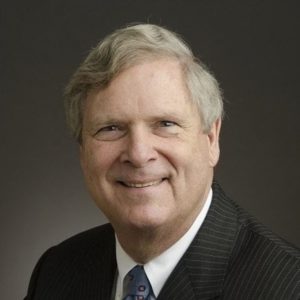 Former Iowa Governor and U.S. Ag Secretary Tom Vilsack is wrapping up his first year as president of the U.S. Dairy Export Council.

Vilsack says uncertainty about the future of the North American Free Trade Agreement is not good for agriculture and he’s hoping to see more trade progress from the Trump administration in 2018.

“Certainly, for the dairy industry, we’ve seen a substantial expansion of dairy sales in Mexico – our number one market,” Vilsack says. “We’d like to see more opportunity to sell in Canada. We think this negotiation has the chance of opening up that market.” The U.S., Mexico and Canada are scheduled to return to the bargaining table for a fifth time to renegotiate NAFTA later this month.

Vilsack says pulling out of NAFTA, which the president has threatened to do, would be devastating for the ag economy. “There’s a tendency to talk about trade as if every industry in the country is either plus or minus. The reality is some industries benefit from trade and some industries have been hurt,” Vilsack said. “Clearly, these negotiations need to make sure that we preserve, for the industries that are doing well, the benefits of trade and that would certainly include agriculture.”

President Trump, shortly after he took office, withdrew the U.S. from the Trans Pacific Partnership. Vilsack says that’s created “opportunities for competitors” and challenges for the dairy industry.

“We have to have more people representing U.S. dairy in many of the Asian countries that were party to the TPP agreement, as well as in China and taking full advantage of our relationship in Japan and South Korea,” Vilsack said. “But, we need more people, we need more partnerships, and we need more focus and more passion. And over the course of the next year or so, I think you’re going to see the organization that I’m part of try to be part of that effort to move exports forward.”

The 67-year-old Vilsack became president and CEO of the U.S. Dairy Export Council in February of 2017 after serving eight years as the leader of the USDA.