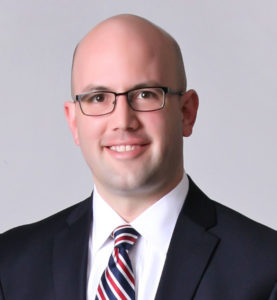 The Republican candidate won Tuesday’s special election for a seat in the Iowa House of Representatives by a 10-point margin over his Democratic challenger. Jacob Bossman’s win keeps the Sioux City-area seat in Republican hands.

“I’m just excited. I’m elated,” Bossman said during an interview with Radio Iowa this evening. “I’m very thanksful to have the people of Morningside and Sergeant Bluffs and Salix and Bronson place their trust in me.”

Three weeks ago first-term Republican State Representative Jim Carlin of Sioux City won a special election for a state senate seat in the area, prompting Tuesday’s race to choose his replacement. Bossman narrowly lost a GOP Primary to Carlin in 2016 for this House seat. Bossman said that helped with name recognition.

“A lot of great relationships and friendships that I built in 2016 and obviously there was a lot of people that I met just in the last three weeks and, in politics, people tend to have short memories, so I definitely spent a lot of time working hard and introducing myself to people this time, but absolutely I felt like I had laid the groundwork,” Bossman said. “I think a lot of people were aware of me and knew of my positions.”

Bossman, who is 37 years old, is a native of Ponca, Nebraska. He graduated from Ponca High School in 1998. In 2003, he worked as a clerk for then-State Representative Bill Dix, who is now the Iowa Senate’s Republican Leader. In 2007, he worked for State Representative Pat Grassley, the grandson of Iowa’s U.S. Senator.

“I know that I’ve got a lot to learn and I’m going to have to learn on the fly,” Bossman told Radio Iowa. “I feel like my experience clerking in the House and the relationships that I already have will allow me to hit the ground running.”

Bossman has worked as regional director of  Senator Chuck Grassley’s Sioux City office for the past 13 years. Bossman lives with his wife and two children in the neighborhood around Morningside College in Sioux City.

“I’m very excited to be a part of the conversations of all the policies that are going to come up this session,” Bossman said. “Tax reform is very important to me being here in Sioux City, especially with South Dakota right across the river.”

South Dakota does not have a state income tax.

As of January 1, there were 7778 registered Republican voters in the district compared to 6617 “no party” or independents and 5013 Democrats.