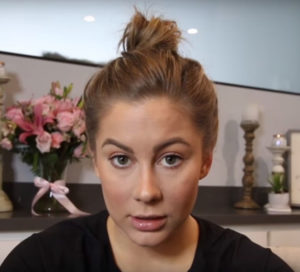 The 2008 Olympian, who won gold in the balance beam, posted a video to her YouTube channel as former team doctor Larry Nassar faces allegations of sexually abusing more than 100 girls over many years. Aly Raisman and Jordyn Wieber, two members of the 2012 U.S. Olympic team, recently confronted Nassar at his sentencing hearing.

“To see the videos of Aly and Jordyn, these girls I grew up with and love so much, have to face this man – a man who has violated them in the worst way possible – is just disgusting,” Johnson East said. The YouTube video was posted Monday and Johnson East said she tried taping it several times, but struggled to talk about the issue.

“I love these girls so much and the fact that a system that is supposed to protect children has failed them so bad is so wrong,” Johnson East said. According to Johnson East, U.S.A. Gymnastics – the sport’s national governing body – made winning medals more of a priority than protecting its athletes.

“I think as it pertains to U.S.A. Gymnastics, every single procedure, rule, guideline, and rule book you’ve ever made needs to be thrown out the window and redone,” Johnson East said. “Gymnastics is the best sport in the entire world, but if I had a daughter right now, I wouldn’t put her in it. That makes me really sad because I can’t even trust U.S.A. Gymnastics.” U.S.A. Gymnastics announced Monday that its chairman, vice chairman, and treasurer have resigned.