You are here: Home / Sports / Home court has been no advantage in IIAC Tournament 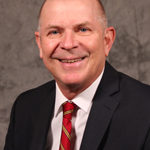 In a sport where two-thirds of the games are won by the home team the Iowa Conference Men’s Basketball Tournament has been the exception. During the past two years home teams have posted a 1-9 record in the league tournament and last season sixth seeded Wartburg became the second straight team to win three road games to claim the championship. The Knights are the fifth seed and open Tuesday night with a visit to fourth seeded Simpson.

Storm coach Brad Bjorkgren says competitive balance is one of the factors that have led to success on the road.

“And the other thing is teams become familiar with each other”, said Bjorkgren. “It’s the third time you have played these teams and you can’t get comfortable if you went 2-0 against them in the regular season because they will make adjustments that might give them a chance to win.”

Two years ago fifth seeded Central became the first team to win three road games to claim the title. The Dutch are the sixth seed and will open at the third seed Buena Vista.

“The first seven or eight years nobody ever won but the home team”, said Buena Vista coach Brian Van Haaften. “The last couple of years I don’t think there has been a great team in the conference so I would say that is it more than anything. There have just been a lot of good teams.”

Bjorkgren says the results of the past two seasons give every team a belief they can make a postseason run.

“When last year our sixth seed wins the tournament and also gets to the Sweet Sixteen and the year before that the number five seed goes we are telling our guys anybody has a chance. You have to bring it and you have to bring it for three games to qualify for the NCAA Tournament.”