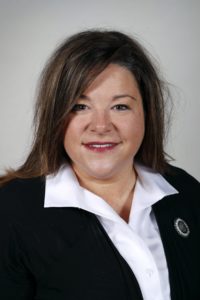 A bill moving through the legislature seeks to end the “food shaming” some say is happening in a few Iowa schools. Representative Kirsten Running-Marquardt of Cedar Rapids said it’s not the fault of the children if their parents failed to pay for lunch at school.

“There will be no more stamping our children with ‘insufficient funds’ stamps, labeling children with large stickers indicating debt, placing children’s names on large posters up in public areas, identifying them nor making them sit at tables with other children who have a meal debt,” she said. “And, importantly, no more dumping trays.”

“We know that if a child is hungry, it affects their ability to learn,” Running-Marquardt said. “There are children who, just by standing in a lunch line — not knowing if they’ll be embarrassed causes them so much anxiety, they avoid lunch altogether.”

A bill addressing this topic cleared the Iowa House last week on a 97-0 vote.

“Good policy that will keep our kids full and focused,” Representative Ashley Hinson of Cedar Rapids said of the bill.

Bill backers say one key provision of the bill may help parents who’ve fallen behind on the school lunch tab for their children. Under current state law, Iowa school officials may notify parents once a year about enrolling their child in the free or reduced lunch program. This bill removes that limitation, so if a parent loses their job or encounters some other financial hardship during the school year, a school official may suggest filling out the paperwork for free and reduced lunches for their kids.

The proposal must clear a committee in the Iowa Senate this week to remain eligible for debate in the full senate.