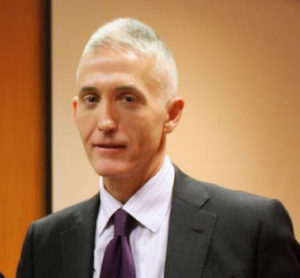 President Trump spoke at the annual Ernst fundraiser in 2016 when he was a candidate. Vice President Pence was the main draw last year. Ernst announced today this year’s event will be held in Boone on June 9th and Republican Congressman Trey Gowdy of South Carolina will join her on the main stage. Gowdy is chairman of the powerful Government Oversight Committee in the U.S. House.

Other speakers for the Ernst fundraiser could be announced later.

Ernst launched her annual campaign fundraiser in 2015, with the goal of showcasing Republican candidates. Seven GOP presidential candidates spoke at the event that year. Ernst has offered the spotlight this year to a fellow Republican who is not among the few hinting at primary challenge of President Trump in 2020. Gowdy has announced he’ll return to the private sector in 2019.