You are here: Home / News / The sky isn’t falling, but a large chunk of space junk may be headed for Iowa 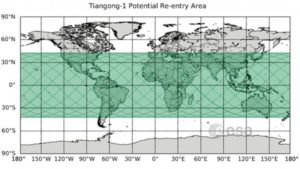 An empty Chinese space station is expected to fall back to earth as soon as today and it’s possible pieces of it that survive the fiery reentry may fall on Iowa.

Allison Jaynes, a professor of physics and astronomy at the University of Iowa, says Tiangong I will likely come down between now and Monday and there’s a wide path of possible landing spots, including us.

“Most of North America, most of the latitudes where people are living are in the path,” Jaynes says, “but that doesn’t mean that you’re going to get hit by any of these pieces because, of course, that chance is extremely small.”

There are many unknowns as to when and where the space station will fall, but Jaynes notes, since 71-percent of the Earth’s surface is water, the odds are better than seven in ten it won’t hit land. 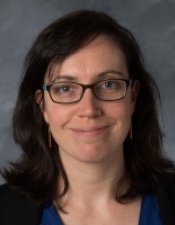 “We’re not sure exactly where in its orbit it’s going to start to reenter but the more important thing to look for is if you’re going to be in the path of visibility to see the piece when it comes through the atmosphere,” Jaynes says. “It will glow. You’ll likely be able to see it, even during the day, if you’re in the right spot on the world.”

Launched in 2011, Tiangong — which means “Heavenly Palace” in Chinese — is roughly the size of a school bus and weighs about nine-and-a-half tons. It’s 34-feet long and is filled with all sorts of equipment, large oxygen tanks, two beds and some exercise gear, as well as two large solar arrays or wings.

“Most of it will burn up. You might end up with fist-sized chunks coming in to land somewhere on earth,” Jaynes says. “This is one of the biggest things that has reentered the atmosphere so we don’t have a whole lot of data points on this, but from what we know, most of it does get burned up.”

So how should Iowans be conducting themselves over the next few days? Should we be wearing helmets if we dare to go outside?

Jaynes says, “You have many thousands of times better chance of winning the lottery in the next few days than you do getting hit by anything coming from space.”

The American space station, Skylab, fell in 1979. It was much larger than Tiangong — Skylab was 85 tons or about nine-times heavier — and some large pieces did strike land in Australia. A small town there famously tried to charge NASA a fine of $400 for littering.