You are here: Home / Agriculture / The 30-minute trade war debate in the Iowa Senate 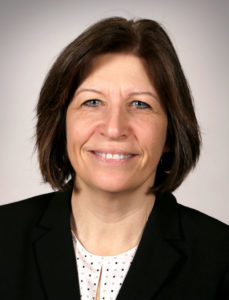 Members of the state senate had a debate about trade and President Trump yesterday afternoon that turned tense and even rowdy at times. Senator Rita Hart, a Democrat from Wheaton who’s a farmer, started things off.

“A trade war, even a short one, could mean long-term losses,” Hart said. “That’s because will quickly replace Iowa’s agricultural products.”

Hart wrote a letter to President Trump on the topic and invited her senate colleagues to sign it. Republicans were having none of it. Senator Brad Zaun of Urbandale is the only elected official to endorse Trump before the Iowa Caucuses.

“I will not have anything to do with that letter that you have, Senator Hart, but I’m thinking about maybe writing my own letter, telling him to, “Keep up the good work,'” Zaun said. “‘Thank you for being honest and following through with your promises.'”

“You know you can be tough on trade without being eratic and instituting trade wars,” Hogg said.

David Johnson of Ocheyedan — the independent senator who left the Republican Party in 2016 to protest Trump — started talking about the trade issue, then snapped at Republican Senator Jason Schultz.

Chelgren had to be prompted twice by a colleague, but he apologized for the remark.

Senator Schultz said the letter to Trump was “inappropriate.”

Senator Dennis Guth, a Republican farmer from Klemme, said his broker told him the trade dispute will “be a really good thing for Iowa” because China will buy more ag commodities to resolve it.

“We can see, yeah, last week when we had the announcement made, we had quite a dip in prices, however, we’re at brand new highs this week, so just wanted to make that point,” Guth said.

Senator Liz Mathis, a Democrat from Cedar Rapids, chimed in, arguing there was nothing “offensive” in the letter to Trump about trade.

“Lots of ‘man-splaining’ going on out here,” Mathis said. “…Listen! It tells the president how essential we are for trade in the United States. It doesn’t talk about Stormy Daniels, for crying out loud.”

During half-an-hour of venting, about ten state senators had their say, then the senate adjourned for the day.