You are here: Home / Business / Younkers stores in Iowa look to be closing 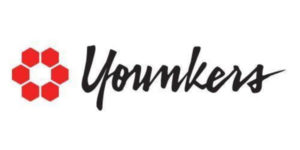 Reports indicate the parent company of the Younkers stores will be sold to a liquidation company that will shut the stores down.

Younkers has 15 stores in the state and Iowa Workforce Development indicates seven of the stores have given notice they are expecting to make layoffs. Iowa State University Economist Dave Swenson says the closings would follow a trend among this type of store.

“Downtown retail has struggled in all places for decades and retaining and sustaining downtown retail — especially legacy retail has been something that many major cities, many major metropolitan areas have struggled with,” according to Swenson. Younkers began in Iowa 162 years ago, and was a downtown anchor store in many cities. Swenson says the closings indicate a basic issue of supply and demand in retail as says the economics of the situation dictate there  are too many retail outlets and not enough business to sustain the stores.

Swenson says the economy in the areas where the Younkers stores close will adjust. “Some fraction of its employees will be absorbed by the rest of the retail sector — especially by the sector that that store was in,” Swenson says. “So, the overall economy doesn’t change. What you will see with the closing of a store like this, like Younkers in an area, is just the economy adjusting to the actual demand in the regional economy and where that demand is.” Swenson says cities have tried to adjust to keep these “legacy” type stores, but he says they can bring in new people to the community and they may not be the same ones that would shop at a department store.

He says there are some similarities to other store chains which have had problems. “J.C. Penneys was a store that struggled to adapt to a different demographic. Sears is a different category altogether,” he says. “Sears was bought up and basically badly managed for over a decade — which is most of its problems.” Swenson says online shopping has impacted all types of retail stores and it has had an impact on Younkers as well. But, he says it’s the type of store that Younkers is that is one of the biggest factors.

“You can go back far enough you can remember Montgomery Wards or other kinds of categories of what are called legacy retailers that might have been historically anchors to downtown commercial activities. Many of them have closed,” Swenson says.

The Younkers stores which have given notice to Iowa Workforce Development of pending layoffs are in: Dubuque, Mason City, Coralville, Sioux City, Des Moines and West Des Moines.